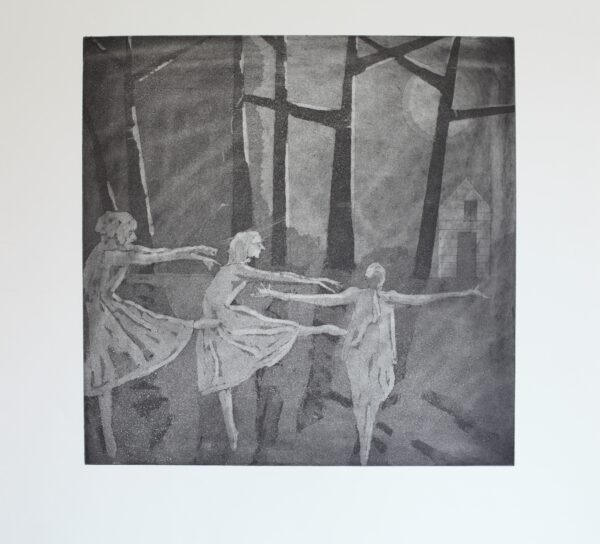 “My practice focuses on printmaking and oil painting as means of communicating my ideas. I have an inherently romantic view of the artist being a conduit for communicating thought around what it means to be human in our interaction with other people, beliefs and the landscape around us.
in my fourth year I focused on the work of Arthur Miller and his play, The Crucible. Scottish ballet performed a version of this in 2019 in Glasgow which i took my sketchbook along to. These preliminary sketches formed the basis of my work for the year along with an examination of the transcripts from the McCarthy trials in America in the 1950s which were locked up for 50 years.
The issues examined in the original play around religious and political beliefs struck a cord with me and using the structure of ballet to bring these to life added a dramatic feel to allegory.
The debate around capitalism versus socialism is still one that has not run its course. The level of support for socialism in the UK and the USA in the younger generations in striking. The debate around a universal basic income is an example of this.
My series of prints seek to engender some of this underlying anxiety that is so evident in society as we battle through the implications of this pandemic.
I intend to focus further on belief structures in my future studies”