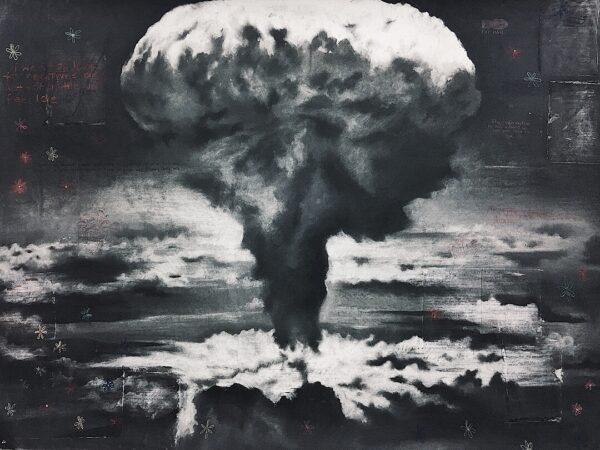 Christian was born in 1998 in the Scottish town of Kilmarnock. Through his practice, he seeks to understand the totality of the human experience through a traditional process of making such as drawing and printmaking. His approach is philosophical – concerned with interpreting the fundamental laws of reality and existence. In his work, he questions the typical notions of our physical reality by subjecting the viewer to imagery and visual narrative that is reflective of a pseudo-scientific or metaphysical nature. This can often result in imagery that is heavily associated with theories surrounding time, consciousness, processes and the persona. He works instinctively at a large scale in order to create expressive and gestured compositions that he is later able to render into refined pieces. Often one state of the work ceases to exist, transforming into another through change and time. Christian’s drawings are created as a meditation on his present understanding of the human experience – which is inevitably in a constant state of metamorphosis.