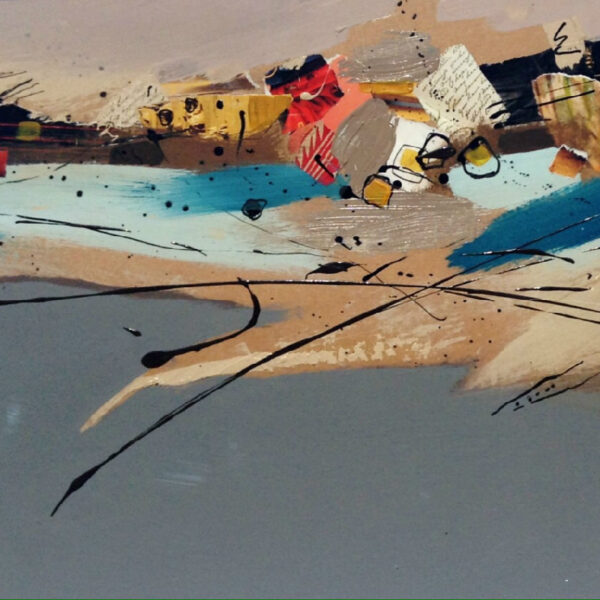 I studied painting at Duncan of Jordanstone College of Art, University of Dundee under the tutelage of Alberto Morrocco and James Morrison. After leaving I taught art and later in life decided to return to the university to take a degree in Environmental Interior Design. Following this I then ran my own Renovation and Interior Design business. Recently, I gave up this work to solely concentrate on my painting.

In 1989 I met the Artist and Sculptor Eduardo Paolozzi and became friends with him till his death in 2005. He became a great mentor over the years and, through spending time in his studio, I became influenced by his use of collage using the cut and paste method. My recent semi-abstract paintings are an interpretation of how an individual suffering from Alzheimers feels when afflicted by this devastating condition; painted using an automatic procedure of applying mixed media such as acrylic, household paint, ink, and collage to a canvas randomly. This method is entirely involuntary and often goes through several transitions before finally the conscious mind takes over and an image appears to resolve the conflict. The fact that I do not know what the final image will be at the start of the procedure – whether figurative, landscape or semi abstract  – is fundamental, as if putting together a puzzle of remembered images slightly distorted and fragmented through time and memory.