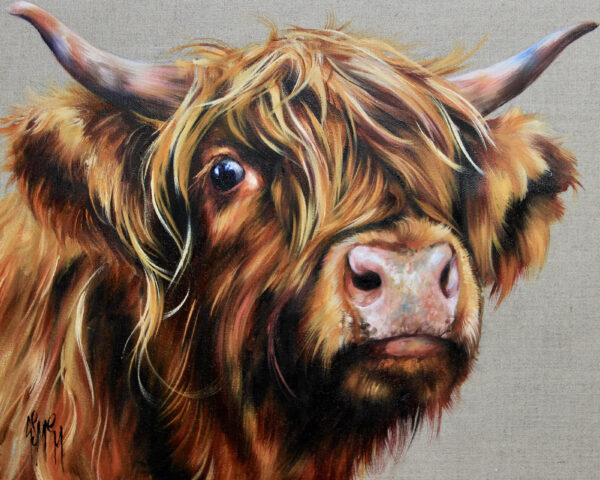 Georgina graduated from Edinburgh College of Art in 2002, gaining a BA Honours in Visual Communication and specializing in Drawing and Painting.  She was awarded the First Time Exhibitor prize in 2007 at the Royal College of Physicians and Surgeons of Glasgow and the David Cargill Award in 2008 by the prestigious Royal Glasgow Institute of the Fine Arts.  Also in 2008, she was elected as an Artist Member of the Glasgow Art Club.

Her paintings are in Private collections in the United Kingdom, Switzerland, America, Australia, Singapore, Amsterdam, Dubai & Bahrain and are widely exhibited throughout the UK.  Georgina has been featured in many magazines and newspapers including: Scottish Field Magazine, Art News Scotland Journal, The Herald Newspaper, Galleries Magazine, Scottish Women Magazine, Paisley Daily Express, Sunday Mail, The Scotsman Newspaper and The Glasgow Magazine.