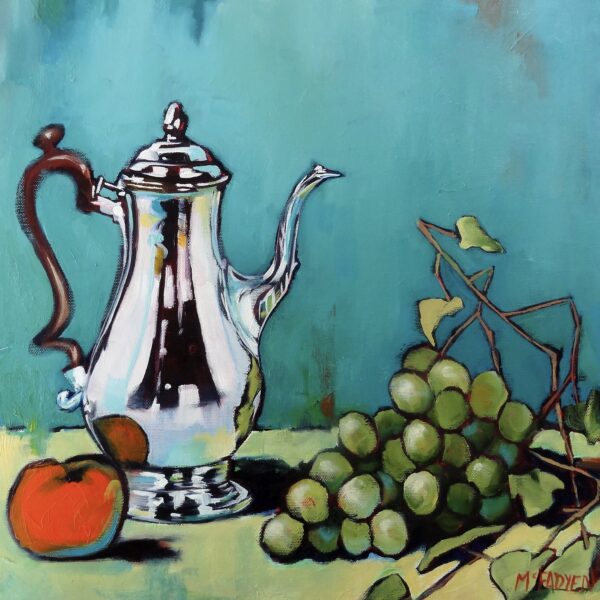 Lex McFadyen, known to many through his previous successes as a highly respected fashion designer, returned to painting and drawing in 2001 and has gained a growing following who collect his strong portraits, atmospheric skyscapes and still lifes. His work is collected by admirers across the UK and Europe. His growing reputation has been highlighted with the receipt of the PF Charitable Trust Award, one of the major prizes at The Visual Arts Scotland Exhibition at The Royal Scottish Academy. Other commissions include the life size statue ‘Angel’ for the Angels with Bagpipes restaurant on Edinburgh’s Royal Mile. One of his paintings is in the private collection of HRH The Princess Royal.

During 2016 he curated the ‘Dix Artistes Ecossais’ exhibition in France and for 2017 he has been commissioned to create a new sculpture by The Edinburgh International Festival.

He lives on the Crinan Canal in Argyll, Scotland and in the medieval village of Noyers-sur-Serein in Burgundy, France.